from the nice but very touristic town `San Pedro de Atacama´ we moved further down to the middle of Chile. after a short stop in the coast town `La Serena´ we finally arrived to the city i’ve been waiting for so long: `Valparaíso´ !! the golden city of Chile (how i named it after spending about 5 minutes there) is full of different colors and cultures and this on almost every wall – grafittis. they are everywhere and they are amazing !! as chance would have it we stayed in an apartment of a grafitti artist in `Valparaíso´ – funny thing. so today we made our way through all the hidden corners of the town: we visited the famous `cerros´ which are full of crazy art and hip cafés and enjoyed the great view over the harbour of `Valparaíso´  from the old ascensores (Standseilbahnen) which were built in 1883 but still working well. but this lovely city is hiding another highlight: the house of the famous chilean poet `Pablo Neruda´ who lived here in the 20th century and died in the capital of Chile named `Santiago de Chile´ in 1973. and this city is going to be our next destination .. so until then we’ll be chilling in one of the hippy happy bars around here – salut !! 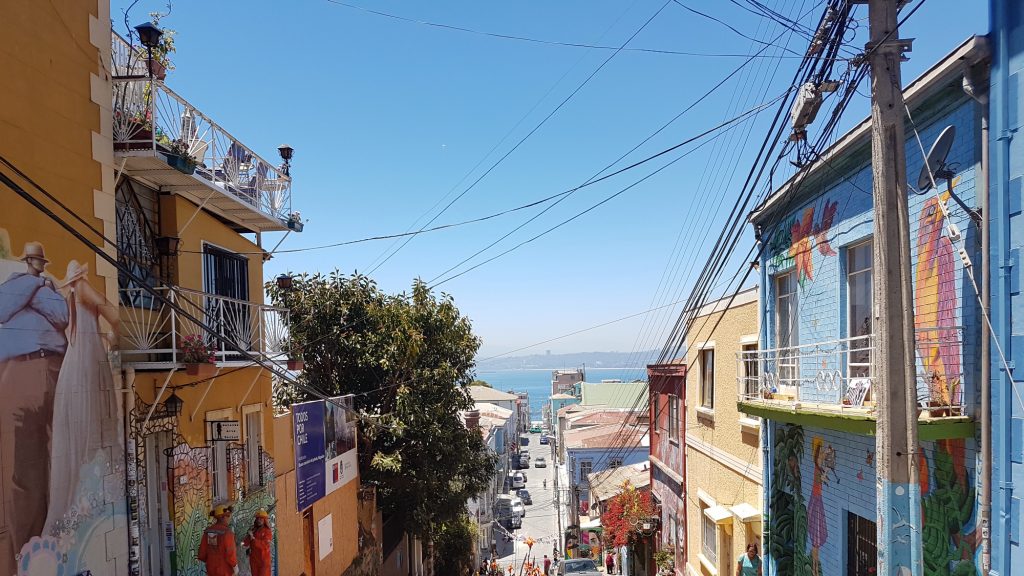 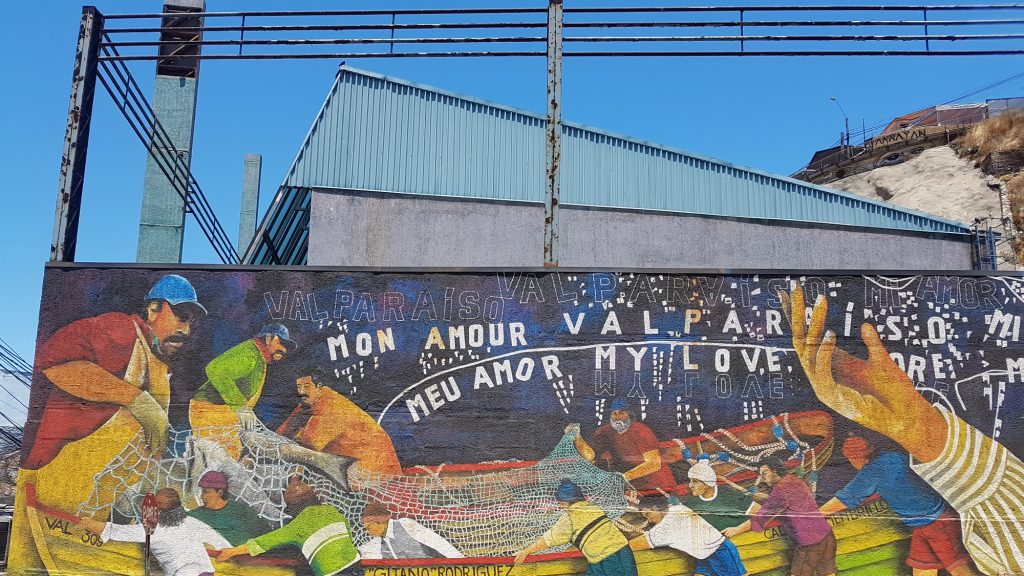 christmas day and 30 degrees – nice !! we are staying here in `Santiago de Chile´ – the capital of Chile and one of the most interesting cities we passed so far – till tomorrow but already got to know a lot about art and culture in the last three days .. so let me tell you a bit about it: we arrived in our sweet airbnb home which belongs to two artists (consequently the interior looks pretty fancy just like i’d love to have it in my own home) on the 21st of december. luckily `Santiago´ has a good metro system so we could reach the center in about 5 min. from `La plaza de Armas´ we started our tour. first: coffee (what else ?!) then we visited the `Museo chileno de arte precolombiano´ where we got to know so much about life of the people who lived in south america even before Santiago was founded. afterwards we ate the best Empanadas of town in a bakery called `Zanino´ and chilled a bit in one of the beautiful parks. at about 3:oo pm when sun is getting too strong we escaped into the `Museo de bellas Artes´ where we cooled a bit down. later we hiked up the `Cerro Santa Lucia´ – a great garden in the middle of the town with a great view all over it !!
the next day we took a walkaround in the city and visited the `La Moneda´ translated `money´ which represents the palace of the president .. so the name says eveything, right ? after that we went around in the quarter `Paris Londres´ a beautiful area named after one of the most beautiful cities in Europe .. the chileans are really good in finding names for attractions :))
in the evening we went to the `Teatro Municipal´ where we watched the balett of the nutcracker – really great !! but still no real christmas mood coming over here. so now i’m sitting in `Starbucks´, drinking coffee (surprise), writing and listening to `Michael Bublé´ and his gooey christmas songs and thinking about getting an ice cream caus it’s so hot .. merry christmas everyone !! 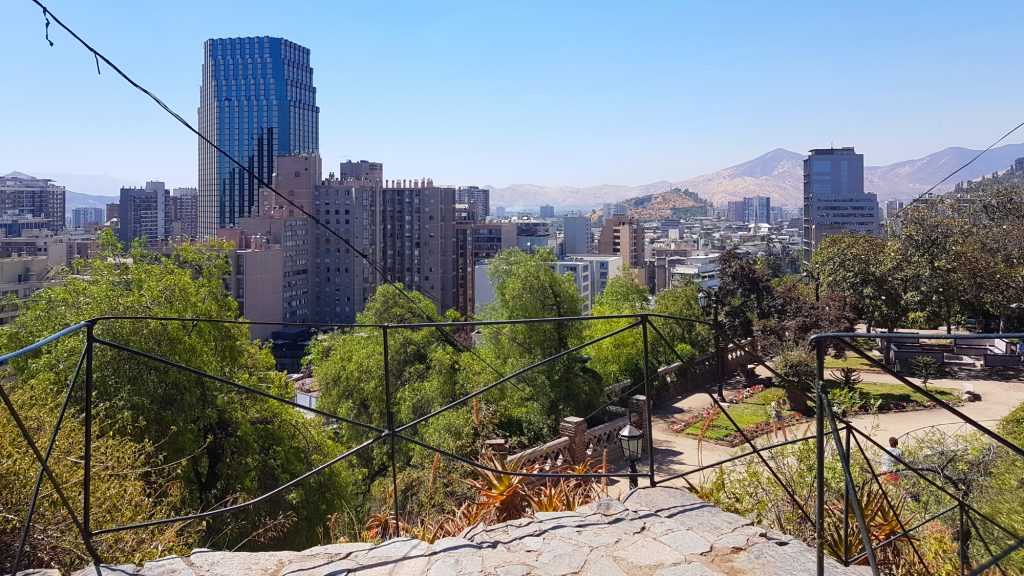 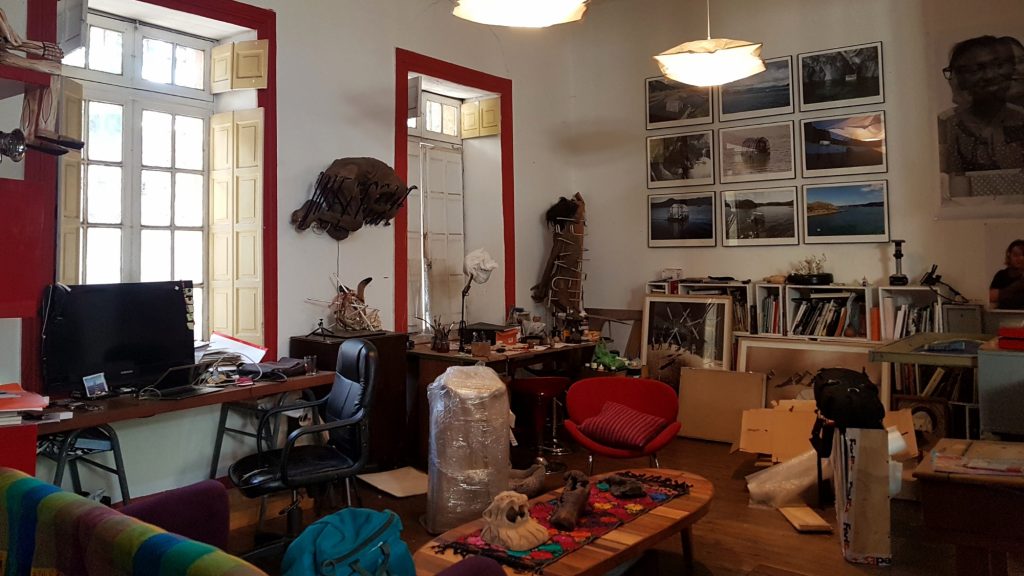 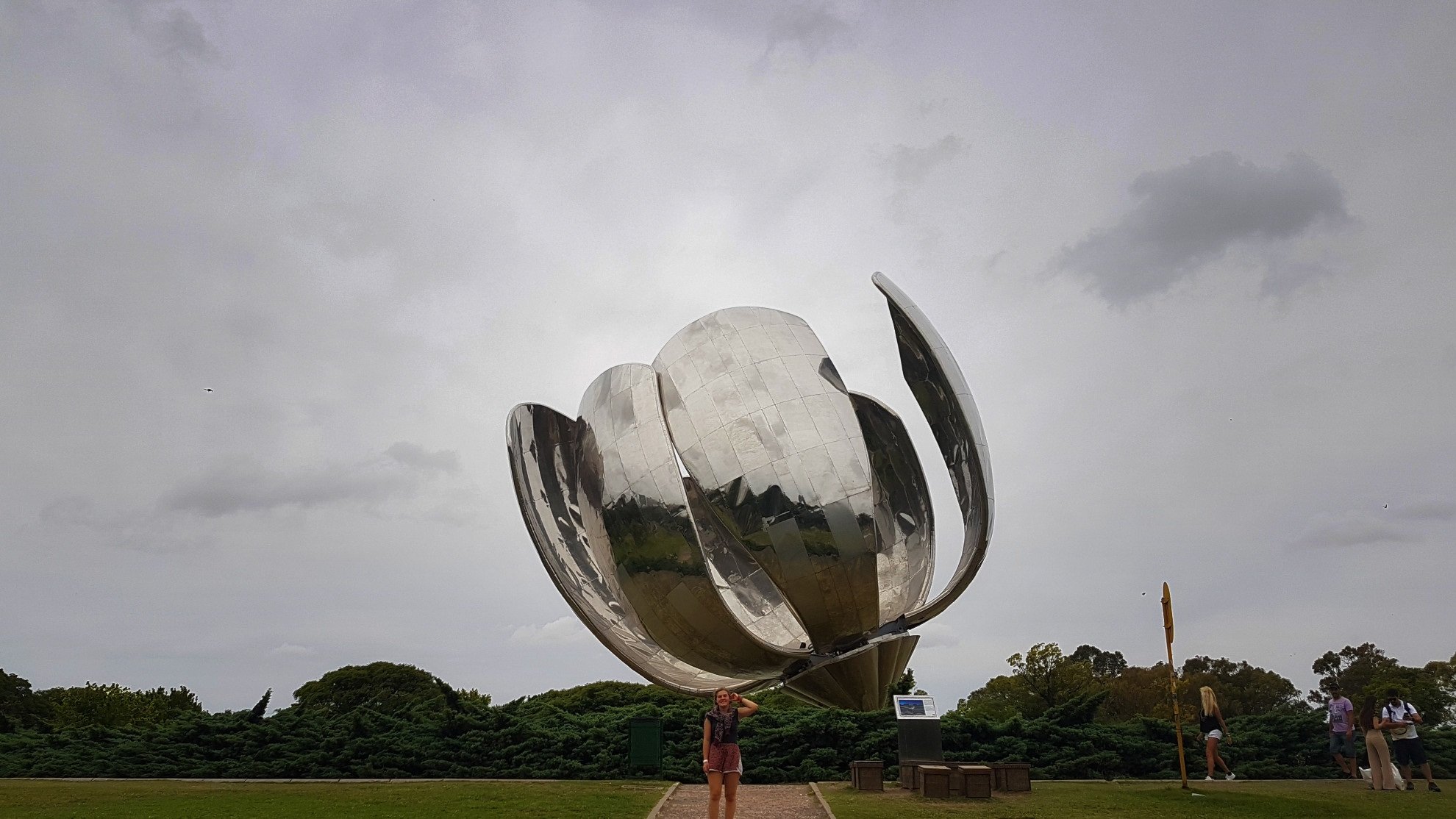